Religion and Spirituality – What’s The Difference?

In my job as an astrologer, a lot of people ask me what the difference is between spirituality and religion. Sometimes when I tell people that I’m spiritual & not religious, they don’t understand what I mean and it ends up causing everyone a lot of confusion!

For some reason, people struggle to understand the idea of spirituality and they see it as a very basic concept that is vague and weird. On the other hand, some people also think that spirituality and religion are the same things. It’s also common for people to be wary of spirituality as they may even think that it’s a taboo subject and they may worry that they are being indoctrinated into some kind of cult if they talk about spiritual matters!

So what is spirituality? Actually, it is just a very natural way of acknowledging that you are not just made up of your physical body, but you are also blessed with an amazing inner world and soul which is where you will find limitless potential in your life. If you want to know more about this, then here are some of the major differences between religion and spirituality that I’ve noticed in my life and through my work…

It is fair to say that many religions use fear, such as the fear of going to Hell, to steer people in a certain direction, so that they choose the right path in life and live according to a specific set of rules. While this may be seen as a good thing, spirituality does not use fear but instead focuses only on love and positive messages. Spirituality works on the premise that if you make decisions out of fear, instead of love & knowing, meaning being guided by your own truth for your souls’ journey, then these are not truthful decisions and thus will not bring you good karma in the future as you will not have made them for good reasons. Acting based on love is the best thing for your soul. 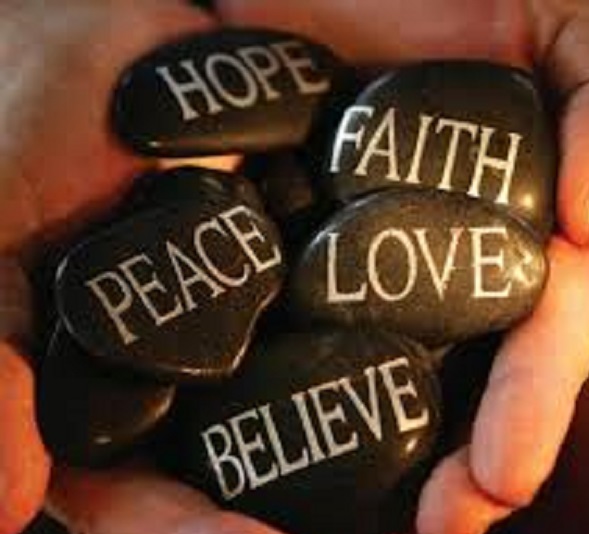 One of the major issues with religion in our world is that there is little room for believers of others faiths. Almost all religions operate on the premise that they are the ‘right’ one and that people who follow other religions are ‘wrong’. When it comes to spirituality, there are no ‘right’ and ‘wrong’ beliefs and instead, spirituality tries to bring everything and everyone together regardless of their individual beliefs. This is what makes us all different and spirituality is about celebrating all of our differences. Spirituality is also about one overall message of love, and if people differ on the details of what this means then that is their choice to make!

Spirituality is not about black and white answers when it comes to the world and our origins. The truth is a personal concept and spirituality allows you the freedom to work out what this means to you. It encourages you to ask questions about the universe and then also work out the answers. This also means that there are no limits on how deep you can dig in your quest for true answers to life’s questions.

Religion usually requires you to follow a strict set of ideological rules, whereas spirituality allows you to be free to follow your own intuition and feelings. When it comes to spirituality, there is a focus on how you feel and what you think is right, instead of a prescriptive way of living your life. Without these ideological rules, you have the freedom to find your own way of being the best person you can be to others around you – without thinking that you will get a set reward for doing so, such as entering Heaven. Instead, you get to focus on being a good person and loving others – which is enough reward in itself for the happiness it will bring you in life.

Spirituality is not wedded to set stories and belief systems. Instead, it allows you to walk your own path in life. This is very important as this is about how you discover the world and all the things that are right for you. Spirituality teaches you to follow your instinct and that this will lead you on the right path to happiness. Many religions also have this very deep spiritual component to them as all major religious figures also had spiritual journeys, so spirituality is just an extension of this.

Spirituality has no interest in the concept of ‘punishment’ or the threat of something such as going to Hell for all eternity. Spirituality, however, works on the concept of karma, or the idea that you get back what you give out to others. It is a very simple idea, but also one of the main reasons why so many people find the concept of spirituality so rewarding.