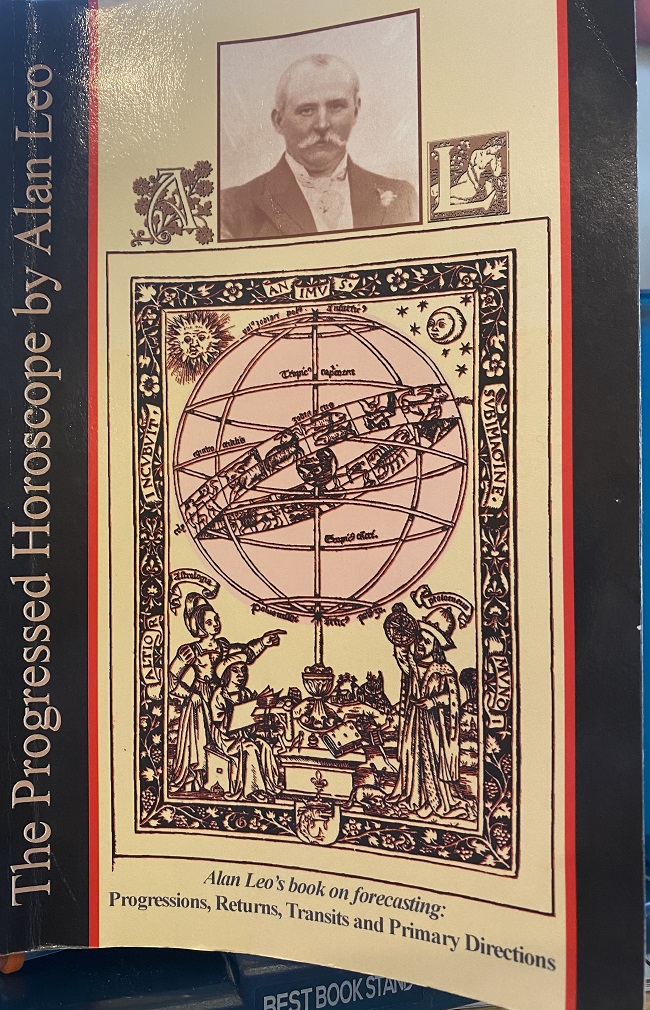 The interpretations for the progressed ascendant in Libra on this page are from The Progressed Horoscope by Alan Leo (1906).

This will bring an entire change into the environment and cause the native to have a much easier and more even period. This progressed ascendant will bring out his faculty of comparison and enable him to take a more balanced and just view of life; in fact he will tend to regard life far more from the standpoint of justice than hitherto.

This means that a critical period has commenced, in which he will be weighed in the balance, all things tending to come to a point at which a new departure is to be made; and much will depend upon his decision during the ten years or so in which it rules over the ascendant.

The influence of another will now become very marked, and partners will play a very prominent part in the native’s career.

To the very progressive individual this change of sign will bring the opportunity to develop clairvoyance or clear vision, and denotes a period wherein the animal side of the nature is sacrificed for the purely human. To the ordinary person it shows the arrival at a point of equilibrium, and a balancing-up of minor accounts preparatory to a new departure upon the ocean of life.

If the progressed ascendant is in the first decanate of Libra (0 degrees to 9 degrees and 59 minutes), the general interpretation I’ve stated above applies.

If the progressed ascendant is in the second decanate of Libra (10 degrees to 19 degrees and 59 minutes), the general interpretation I’ve stated above for Progressed Ascendant in Libra applies, as well as the following:

This is a very favourable ascendant, especially for those who can rise to that point where response may be made to the highest vibration that it produces. It will give the native a much firmer and more stable frame of mind and cause him to become social, independent, and free; for it awakens and liberates a more social and artistic condition, hitherto more or less latent.

He will now make some lasting and faithful friendships, and also form attachments that will be very helpful and beneficial to him. His mentality will become more refined, and inclined towards the more metaphysical and subjective types of study; and if he can abstract the inner virtue of this decanate he will find it leading him to the study of higher thought and occult or mystical subjects.

To the very progressive it brings associations with groups of persons, societies and public gatherings, and awakens the truly humanitarian side of the nature. The native will be able to study and comprehend character and human nature with ease if he develops the best side of this influence.

He will be pure-minded, have potent desires, and make much progress in purity of thought and refinement of expression during the time that this decanate occupies the progressed ascendant.

If the progressed ascendant is in the third decanate of Libra (20 degrees to 29 degrees and 59 minutes), the general interpretation I’ve stated above for Progressed Ascendant in Libra applies, as well as the following:

This influence, moreover, will either bring some travelling or changes, or a great desire to travel and take journeys. It will bring kindred, relatives, or their affairs more prominently into the life, and some connection between the native and his relatives is sure to occupy his attention.

The chief influence, however, of this progressed ascendant will be felt upon the mind, which will become more active, so that he will develop and gain success through writing, correspondence and literary affairs; indeed, he will be able to make the most use of this influence by turning his attention to literature or general mental improvement. It brings a greater attention to details into the life, and greater gain is shown throughout the smaller affairs of life than through large concerns.