The annular phase of this solar eclipse is visible from parts of Russia, Greenland, and northern Canada. Weather permitting, those in Northern Asia, Europe, and the United States will see a partial eclipse. https://www.timeanddate.com/eclipse/solar/2021-june-10

Where the S.E. is visible/partial, will be where the following will take place.

Before I begin let me say I am an extremely upbeat, positive person. I do encase myself with the white light of the Holy Spirit to protect me & guide me. Once I have completed a very difficult blog post, I then cleanse myself as well as my office. I do not relish stating what I see in Mundane astrology, (unless it’s positive) I keep to what the planets in motion are telling me. With that said, here is what the energies are bringing in. Please remember when anyone posts on the energies coming in, it may not affect you, it all depends on your own personal horoscope & the aspects made to your natal planets/cusp. I am posting on Mundane astrology, there is a difference between global (Mundane) and personal horoscopes. I also go into 2024, 2025 & 2026 a bit at the end of this post so people can make informed decisions. To those that read what may be coming in, I’m not meaning to paralyze anyone with fear, it may be best to skip my blog post altogether! If you are wanting to know what is taking place in America go to Newsmax or One America News Network (OANN). I find them non-partial.

The SE (Solar Eclipse) 19 degrees of Gemini will happen sooner than June 10th, & last longer, but the effects are liable to interruption, meaning it will continue for a while then back off then start up again.

Below I do not give exact dates of planets entering because they are happening within days of the S.E.

The USA Solar Eclipse 19 degrees Gemini June 11th, 2021 will be in the USA 7th house. Mercury retrograde also in the USA 7th h, one degree from conjunct the S.E. the S.E. will take on the flavor of Mercury. Mercury always mimics what it touches.

Mercury retro will affect all things communication & transportation. Mercury governs newspapers, publishers, ambassadors, trade & commerce, as well as the intellectual world. The literary world. So do look for confusion & not getting the truth.

In two seconds you’ll discover how this seemingly normal flashlightis proven to stop an attacker in his tracks… and make him SH*T his pants in the process. 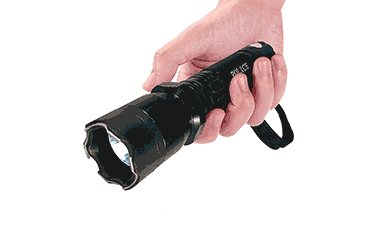 The SE in the sign of Gemini an air sign which brings high winds, storms, tempest weather, it’s also related to famine, sickness, & pestilence( = a contagious or infectious epidemic disease that is virulent and devastating especially: bubonic plague ~ Merriam Webster. )

The 7th house in  Mundane astrology relates to foreign affairs, foreign countries, international relations, disputes, war, as well as dealings with one country to another. It is not fortunate for the president (Joe Biden has a T-square hitting his midheaven & IC with the June 10th S.E.) nor government.

The planets I’ve stated above making aspects to one another will happen within days of the June 10th, 2021 Solar Eclipse.

Remember in other blog post I’ve stated the air signs will come in to blow out what the earth signs have built over the last 200 years, & it will not happen overnight, it’s a long drug out process but in the end, America will be so much better off, just have to get through some craziness first!

With what I’m seeing in Joe Biden’s chart & President Trump’s chart, including the USA chart, something unfortunate comes this way for Biden’s administration. President Trump’s chart is looking strong his S.E. is in his 10th h of career-making great aspects! While not wanting to go off on a limb do I dare say with what I’ve written in my blogs before… President Trump is coming back stronger than ever before…… more prominent/powerful will take place with him. I’ve stated in my other blog post he would be using his own social media sidestepping Twitter, Google & Facebook! I have read he has formulated “The House of the Former President”.   President Trump Sues Big Tech for the American People

Mars in the USA 8th h. @ 29 degrees which is a very critical degree opposite Pluto in the USA 2nd h.  Saturn (2nd h) square Uranus (5th h) all sandwiched within days of each other with the June 10th Solar Eclipse will bring chaos in parts of the USA, & other countries depending on where it is visible.

I’m seeing deaths of military, navy, as well medical people. Something also with iron & steel industry, those to do with trades related to fire will not be good. Losses in the stock market, panics, some bank failures, as well as waste of the people’s money. An enormous expenditure which may be due to military affairs. A heavy depreciation of securities.

Risk-taking & speculation will take a turn for the worse, (with that stated,  we know with the recent bail-out holding up the markets I’m not looking for a collapse…maybe I should??) also places of amusement will take a downfall, children & women will suffer.

During an eclipse Mars in the 8th h. is very evil depending on the aspect made.  With Mars squaring Uranus it brings military deaths, its unfortunate for all in power of any nation. I see hostility related to government, causing mishap,  relating to broken promises, bad faith. Government majority could be diminished, changes in cabinet members, some kind of loss in an election. A bill will fail. It will cause some statemen to be ill or possibly pass or could be someone more prominent, higher up in office.

We will see lawlessness, murders, strikes, I’m seeing a high possibility of explosions, earthquakes. Do remember the energy will come in before the planet’s exact conjunct. I’m seeing this energy coming in June 23rd, 2021.

Noting the conjunction is the worse ~ this opposition brings in unfortunate circumstances to the president, some extreme difficulties in national life. I’m seeing discontent with people, turbulent spirits that will be directed toward those in high places. Riots, & crime. President/government may lose their popularity, could be they try to act autocratically. Remembering the conjunction is the worse but noting some very eminent individual may pass or possibly be assassinated. There will be discontent in connection with military possibly army, navy, as well as police.

It will be chaos that will continue thru some of 2026,  but please remember better will come we just have to hang on. I encourage us each to take a deep breath, meditating each day on peace & prosperity. It is said those who gather & pray (meditate, to whatever higher power one believes in)  can bring peace. That is what we all need to be doing each & every day.

The last time Uranus was in the sign of Gemini was on  April 8th, 1775, the start of the American Revolution.

Also note, the planet Neptune will go into the sign of Aries on March 30th, 2025. But the flavor will be felt in November 2024, as we also have a Solar Eclipse on October 2nd, 2024 in the USA 10th house in the sign of Libra, which in Mundane Astrology is the most important house as it rules Government as well as the President.  We have a presidential election on November 5th, 2024. The last time Neptune was in the sign of Aries 1861 to 1875, we had the American Civil War.

Also, noting, the North Node will be in the sign of Pisces & moving into Aquarius if you have been paying attention to my recent blog post you will understand what it means when the North Node slips into the 2 signs I’ve stated.

I will have a breakdown of what I see transpiring soon.

I do see a more peaceful existence coming sometime in 2026, until then the USA will have some crazy times, & also some very peaceful times sandwiched in-between.

Please be aware it’s the MSM’s job to divide us, democrats & republicans. We should not be as divided as we are, we all need to come together as we are not each other’s enemy.

I will post in more detail soon related to the planets switching signs, & what I see coming. Again, please consider meditating on peace & prosperity, & love one another, it really does work!