With the NYSE, Fed Chart & the USA, horoscope chart  ~  my title is fitting ~ PLUTO “GOD of the UNDERWORLD” SATURN = DEPRESSION

Things to remember ~ When the North Node is in Taurus we are in a transition period, moving from above normal to below normal. Also, keep in mind if there are any positive or negative secondary factors present, rather the North node is in Aquarius = Low Point of Business Volume Reached)  or Leo (= High Point of Business Volume) that affect the nodes either positively or negatively, they must be considered.

This rule applies no matter what sign the North Node is in. (Highly recommend McWhirter Theory of Stock Market Forecasting ~ you can purchase it on Amazon. )

I am going to include with this post a video showing what I see & comparing it to other years such as the dot.com bubble (which began in 2000) & the 1929 depression as well as what planets were in orb back in 2008/09 ( Saturn & Uranus opposite each other.) showing the similarities when Saturn & Uranus square/opposite, & Uranus conjunct North Node chaos follows.

Pluto (God of the underworld) in the USA 8th h. Saturn in Capricorn in the USA 2nd house opposite each other. Saturn conjunct Vesta in May 1931 2nd h. As it also had in May 2022, Vesta is always around at endings. Please understand in no way am I stating what I wrote above is when the 1930s depression began, October 28th, 1929 is the date it started. I’m only in this blog post stating similarities of planet lineups.

11/7/1999  Uranus in Aquarius (2nd house) Saturn in Taurus (5th house) Dot com bubble) ( now we have Uranus is in the 5th in the sign of Taurus & Saturn in the 2nd h. in the sign of Aquarius) In 1999 ~ Notice the North node is in Leo, meaning the high point of the business volume has been reached, but we must consider the negative aspects)

What the USA is going thru as of now, we should have gone thru in the year 2000!

As I’ve stated back in other blogs unless they can pull a rabbit out of their hats this time around I’m afraid we are in for some massive bleeding.

Now Jamie Diamond, and Elon Musk, are sounding the alarms which are great, but however a little too late!

With Saturn & Uranus, North Node, Mars, and Pluto all in the mix in July 2022, I’m hoping you are as ready as you possibly can be as we are heading into the abyss, a very dark & depressing bottomless pit. 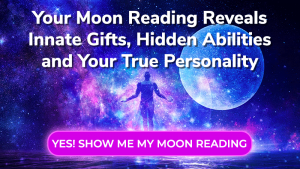 July 13th, Full Moon 21° Capricorn  2nd h. conjunct Pluto, North node & Uranus conjunct ~ I look for the stock market to decline, some banks to be in difficult territory. Something with taxation to change.

July 28th New Moon 5° Leo USA 8th h. Saturn & Mercury come into orb opposite each other,  Uranus, Mars, & the North node come into orb to conjunct USA 5th h. Mercury also squaring Uranus, Mars, North node. While the New Moon is trine Jupiter (Jupiter retrograde July 28th, (Jupiter direct 11/23/2022)  with Jupiter retro, some of the promise one may receive but will feel cheated) I feel that will be mitigated against what I’ve stated.

Pluto is conjunct natal Pluto, noting Pluto is the “God of the Under World”

I look for the stock market to move much lower, with Pluto involved we are heading into the abyss, & I’m seeing illnesses & deaths from some kind of nervous disease (Mercury square Mars) I feel the young will not be so lucky, )Uranus 5th h.) look for much insanity, criminal attacks, and assaults. Accidents/deaths, related to travel. There will be debates, meetings, hindrances & unexpected trouble or some kind of complications, government is not fortunate. I’m seeing accidents with planes, autos, and railways. Possible threats for strikes or they take place. Something related to education will be in dispute. Very strange cases in the courts. Writing this part above is where the song “We’re NOT Going to Take it ANYMORE” popped into my head…..hmmmmm, noting that song has never been my favorite.  (BLET to hold strike authorization vote)

It includes Ukraine. The nervous disease I wrote on above, as well as the August 27th New Moon below, when Mars moves into Gemini in the 6th house square the new moon in the 9th. Gemini rules the USA. Something very wicked is coming in I feel related to a nervous disease.

In the 18th and 19th centuries, the term “White Russian” described ethnic Russians living in the area between Russia and Poland (today this includes Lithuania, Ukraine, Belarus, Latvia and Moldova).

I’m calling depression territory! I fully understand media will not until we are 2 to perhaps 3 years out, then media will say, we have come to the conclusion we were not in a recession but a depression! Again, seek one’s news from a reliable source, & that source isn’t going to be one’s local news channels or CNN!

Stock market decline,! biden administration will have the hate & despise center directly on them. When Saturn & Uranus are square in Mundane astrology it brings trouble to the government & biden administration, you’ll see national politics in crisis,  profound changes are advocated, as well as important reforms that may be suggested or could be attempted, but do note that they could be successfully resisted, or there is the possibility of achieving with difficulty although that comes with long resistance. There is much trouble with the government as well as disasters, in which case may be defeated, lose ground, and/or, have to resign. You will see changes in the cabinet, either by resignation or death. Large reforms are being advocated affecting elections. As we have been witnessing much opposition, delays, as well as difficulty. This will center around the biden admin/goverment.   Women & children will suffer, amusement parks/recreation will suffer. Risk-taking, speculation will suffer.  Changes in the cabinet either by natural death or some will resign.

August 27th New Moon 4° Virgo USA 9th h ~ square Mars, Venus square Uranus & opposite Saturn we have a T-square that is in fixed signs! Look for something along the lines of firm rules & regulations the kind of regulation that ties one’s hands, only this will have to do with the stock market. If one is familiar with a black market, look for that to thrive now.

The stock market declining. Shipping will be hindered, merchants will not be happy! Risk-taking/speculation of any kind will suffer. Mars in the USA 6th house rules great inflammatory, & feverish disease with the USA as  Mars is in the sign of Gemini. Gemini rules the USA! What I posted above related to nervous diseases….although, it may not come out news-wise until around the 1st, 2nd week of October, or end of September 2022!  I do feel the war between Russia & Ukraine was done by design & the biden admin is the number #1 culprit! Of course, it’s not the biden administration who that is running the show !  Look for accidents related to warships, fires, I am also seeing some kind of insubordination with…. I want to say, sailors.

I look for substantial losses in the stock market. Look for trade as well as travel to be hindered.

Be careful of market exaggeration, Jupiter is involved as well as Saturn & Uranus are square. Anything risk-taking/speculation may very well be highly exaggerated. Housing fits into this scenario.

As I’ve stated in previous blogs we have Neptune opposite the midheaven in the USA chart ~Neptune when afflicted, causes collapse, downfall, Instability, chaotic affairs, dishonesty, drunkenness, illegal1st h.  drug usage, as well as but not limited to various forms of crime & vice. Since Neptune will be on & off afflicting the midheaven, we are seeing uprisings, as well as discontent, & a whole lot of political instability & this will continue into the US/global future for quite some time!!

What the houses stand for in MUNDANE astrology ~