Please consider donating  🙂  it does help in continuing to provide you with my newsletters as well as my blog post! Any amount is greatly appreciated!  Thank you 🙂

Mark your calendars for the upcoming Solar & Lunar Eclipses!! 😊

Watch for these HOT SPOTS dates in January 2019!

6th ~ Uranus goes Direct in the sign of Aries

Now let’s break it all down!

Not so good for the people of the USA as couple this with the Solar Eclipse on the 5th, of January, @ 15 ͦ Capricorn conjunct the 2nd house cusp (Also Capricorn, Saturn rules Capricorn) making this a time obstacles, delays, obstruction for the Government, legislation not passing, Senate & House not agreeing. Trade & labor will be affected & not in a good way. Mining, buildings, & land will be affected & also not in a good way. I’m seeing someone who is important…in the state passing.

Solar Eclipse in the USA 1st house ~ Conjunct the 2nd house cusp exact at 15 ͦ Capricorn (Saturn) also note, Saturn is in the USA 1st house 11 ͦ 58’, Pluto in the sign of Capi is in the USA 2nd house, I’m seeing Saturn ruler of law, structure, written all over this Solar Eclipse! Wherever you see Saturn in a house you know you are being tested & examined! The affairs that are needing to be tested & examined are the USA 1st & 2nd  houses!  This Eclipse is in an Earth sign, meaning, it will cause earthquakes, mining disasters, scarcity of corn, & any products of the earth by drought, also I’m seeing a great agricultural depression.

Saturn is also strongly linked to money and the material world. This means that people tend to fixate on the material and discard anything that does not immediately seem to have a fixed value. Saturn only cares about what it can see and nothing else and has no time for anything other-worldly. This can make this planet seems limiting and stifling. We fail to think outside the box and see all the possibilities around us when Saturn is in the mix.

When it comes to the natural world, Saturn is also associated with weather patterns and extreme weather. This can play out through things such as cold periods, dry, ect….  Read more on Saturn “here”

Of course, not right away, we need something to move this into motion, something to light it up! Saturn will do just that on February 2nd, as Saturn will be the exact degree as the S.E., do expect this to happen over a 4-month period with the strongest happening during the third of the period.

Oh, & it will be cold, cold, for winters this year!! Brrrrrrrr!!!!  And will intensify as the years go on! 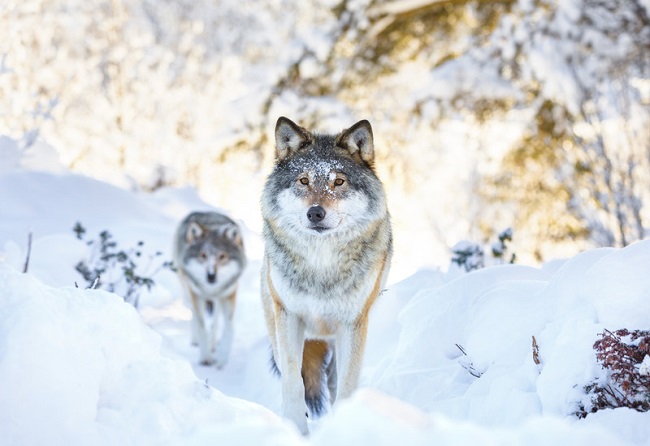 I want to say I’m most certainly not gloom & doom, I’m a happy upbeat person! I could say instead of the above, “Look for some sobering news on the home front that the celebration party is over” that sounds a bit better, I guess….in a way…What I’m wanting to get out as loudly as I ‘m able to, buckle down for bit America! Saturn wants more structure, more accountability, laws to be followed. Not the run of the mill stuff we have been seeing! So I honestly do not see anyone, nor thing getting a bailout this time. I do believe the bailout from the last time has now run it’s it course & the bill has come due!!

It will get better, but just not yet! As always, this is not a one size fits all prediction! Some of us will feel this worse than others! It really does matter on what this Eclipse is aspecting in your natal chart/cusp. When the USA had a slow down back in 2008/2009, did it affect everyone out there to the same degree? No, it did not! Nor will this, to some degree, yes, but unless it’s hitting again, one of your personal natal planets you were born with & will pass with, you may just be hearing about it without it affecting you badly.

13th ~ Jupiter square Neptune ☹ I see confusion, possible misunderstandings regarding religion, political affairs, this square will disturb peace & order. I’m seeing clashes between the classes & masses. Also, quite interesting, I’m seeing something new, something mystical….religious ideas that will arise & this will indeed disturb the orthodoxies. Also, look for mysterious crimes, some charges of secret enmity, double-dealing or maybe treachery, between political parties, or nations. This will be one of a total of 3 squares between Jupiter & Neptune this year!

I know…I’m so full of good news!! I’m sorry, but I’m only reading the energies I promise I’m not making any of this up!! Seriously, why would I want to???

18th ~ Fiery Trine ~ Venus & Mars on a personal level what a perfect time to start a new relationship, 😊 or how about rekindling a new!! On a Mundane level, this will increase marriages, births, business & money matters, also I’m seeing improved trade here in the USA & abroad!! Yea…not for too long though.

This Lunar E. in a fire sign, & so produces extremely happening public events, dispute, murders, & at times, a danger of war. This Lunar E. is again in the USA 8th house, I also am seeing this to be unfortunate for the government, President, I’m seeing since this is a Lunar E. death of common people, or of some eminent women. This also screams bad for the health of the country, I’m seeing sickness, or, as I’ve stated in a couple of my newsletters, an epidemic which MAY follow. Since this is the house of other’s money, I’m seeing trouble with financial affairs. Danger, violence. As I always state, we may see the start of this much sooner! ADDED 3/15/2019The virus broke out in December and the most recent case was reported on March 9.

I want to add that this year 2019, is an exceptional year because the above will be the  1st   of the three Supermoons @ 0  ͦ. ( Jan, Feb, & March). So, could it be something new is trying to come in? The old, tired, have to go out to make room for the new & happening!! The parts of the world affected with the shadow of these Moons will be South, & North America, as well as Europe, & Asia.

Also, on January 20th/21st, Mars square Saturn! This is a stop & go aspect, as Mars wants to go, go, go, Saturn wants to stop, stop, stop!! I will say the conjunction is the worse, a square isn’t fun, but again conjunct is worse. This as with the above is not good for the Government, the President, it causes serious mishaps in national life, discontent with the people, a mean spirit against those in high places, riots, murders, I’m seeing some very eminent person passing, or assassinated. Discontent with army, police, or navy. Housing market going down further.

Mars trine Jupiter ~ This is a happy sight! This will be awesome for the churches, & hospitals, increased activity & support! Public health will receive attention.

31st ~ Saturn & Neptune Sextile! I’ve read back in history & found this to be unique because the last time this happened was back in 1996!! This Sextile will repeat 3 times this year!!

With Saturn on the 2nd house cusp at 14  ͦ one degree from being exact, that tells me this Sextile is not going to be what it could have been had Saturn not been one degree away from an exact conjunct to the USA 2nd house cusp, I do look for an upset in the USA finance areas. Take the 3 Super moons I was referring to earlier in this post, something new is trying to come in! With something new trying to push its way in, something old & outworn has to die, Go out. And that is not going to happen happily with some folks. We’ll have major mishaps before some folks finally get it…..then & only then will the world be at peace. It’ll happen, but not for a year or so!! What I’m trying to say is, save your money, get into a position that is good for you money wise, & wait it out! Good things always come to those who wait 😊

(& please note I’m talking this will take more than the month of January 2019 to get established,) (we still have Uranus going into Taurus in March….which starts a whole other issue)

My E-book: Wicca – Something Different

You have Successfully Subscribed!