New Post up! Check it out!! Just out my USA predictions for December thru February 2020/2021, click: Chaos incoming ~ Jupiter, Saturn, in Aquarius

A forensic analysis by Allied Security Operations Group in Michigan found Dominion Voting Systems’ software used in Antrim County had a 68% error rate and rejected thousands of ballots due to software glitches.

7. The results of the Antrim County 2020 election are not certifiable. This is a result of machine and/or software error, not human error.

8. The tabulation log for the forensic examination of the server for Antrim County from December 6, 2020consists of 15,676 individual events, of which 10,667 or 68.05% of the events were recorded errors. These errors resulted in overall tabulation errors or ballots being sent to adjudication. This high error rates proves the Dominion Voting System is flawed and does not meet state or federal election laws.

9. These errors occurred after The Antrim County Clerk provided a re-provisioned CF card with uploaded software for the Central Lake Precinct on November 6, 2020. This means the statement by Secretary Benson was false. The Dominion Voting System produced systemic errors and high error rates both prior to the update and after the update; meaning the update (or lack of update) is not the cause of errors.

Further, the way the adjudication process works, ballots can be changed, according to the report:
[link to www.thedailyfodder.com (secure)]

Clink on Link below:

With this post, you will also find I talk about the December 14th, 2020 Solar Eclipse below & what it will bring in!

I stand firm on my astrological predictions that Donald Trump will be the president-elect November 3rd, 2020. It is true when everyone went to bed on the night of November 3rd, 2020, it was a slam dunk Trump was winning, all of us went to bed knowing this, then woke up the next morning & mail-in ballots 450,000 with only Joe B. name penciled in with nothing else mark mysteriously shows up in the dead of the morning…. , amongst other issues of fraud put Joe B over the top. And of course, on Saturday, November 7th, 2020, the media DECIDES they are the ones that call elections. Not so fast!

Remember the media does not have the power to elect a president. Also, back in 2000, Al Gore was thought to be president for 37 days before it was overturned. This election should NEVER have been called by the MSM period with all the allegations going on, as well as court cases. Many issues coming to the forefront such as  Software issues, & again all the ballots with only Joe B marked, nothing else being marked on ballots, dead people voting, the list goes on & on & on… I’m sure as all of you know from the weekend & this week the election is in question. What I am going to do is show you how President Trump won not only that night but also will once this horrendous crime that has been committed goes to the supreme court & is won by President Donald J Trump because of the overwhelming evidence the Republicans have!

So much more illegal activity is in question & heading to the Supreme court. I do see this turning into Trump’s favor & will present my findings below.

President Trump at this time has his transiting Pluto quincunx his natal Sun in his 10th house of career.

Which in short means power struggles. Which we are witnessing now. Since President Trump’s motives are for the people of the US & not himself, which all have heard him say: (Paraphrasing)  It’s now about the American people & fair honest elections, not me. He’s putting the American people ahead of himself, as he has always done.  So, with the above & what I’m going to present below, Pres, Trump WILL succeed! He has the power of Pluto & Jupiter coming into orb trine his midheaven as well as coming into orb on December 14th Solar Eclipse 23 degrees Sagittarius in his 4th house of home conjunct his natal Moon, opposite his natal Sun in his 10th house, setting off a sextile to his natal Mars conjunct his ascendant, what house does Mars rule in President Trumps chart…the 9th house which is the house of the law & courts! Also note, the SE is also trine transiting Mars (Mars is on the cusp of the 9th h,) which is conjunct the 9th house cusp of higher law! How amazing! This tells me once again Pres, Trump will win the court battle surrounding the elections!

This will go to the Supreme court, we all know an election will not be decided until December 14th, 2020. (And the News Media seriously thinks they have this power to elect?? Hogwash!) But it’s not keeping the lame MSM from trying!

At this same time Dec 14th SE, Joe B. has Pluto opposite Jupiter which equals lawsuits! Joe B. will be brought to justice as well.

I do see this in President Donald Trump’s favor winning the 2020 presidential election. I have a timeline below, as well as what will transpire BEFORE the December 14th, 2020 powerful Solar Eclipse.

I’ve received many emails asking what I see happening on election day & my predictions have not changed. Donald J Trump has won by a landslide & I see the house & the senate also tipping red, as I’ve stated before this date.

I’ve stated before we’d know the results on November 12th, 2020, BUT ~ we will know before the clock strikes midnight on November 3rd, 2020, who won the election, & that came true!

This aspect is not going to cause any negative effects! This full moon will mark an ending to the Corona Virus. Perhaps we’ll have that vaccine. (I fully realize my newsletter is out late, but I still see this & I believe a company has already brought one into light, but it will increase in some way)

Scandals coming to light. I’m seeing a downfall take place perhaps a collapse. The Sun is in the 1st house of the people in the sign of Sagittarius, Neptune in the 3rd house relates to plots & secret movements, socialistic projects, crimes & fraud, losses in trade, newspapers, journalist, I’m seeing cases of swindling, fraud coming to light, coupled with the Solar Eclipse on December 14th, 2020, all that was once hidden in the dark coming up & embracing the light.

December 14th ~ Powerful Solar Eclipse in the sign of Sagittarius USA 1st house, trine Mars in the USA 4th h.  Mercury & Mars trine. Jupiter is ruling the 1st h. cusp, the SE in the sign of Sag is ruled by Jupiter. Jupiter stands for justice; it rules judges amongst other things which is written below.

The 1st house is the people’s house. With an Eclipse in the 1st house changes will follow.

Jupiter rules political, religion, business, bankers, judges, physicians. Saturn rules law & order, business, rules over land, landowners, elderly, mines, buildings. These two conjunct every 20 years. In 1961 Jupiter & Saturn conjunct in the USA 2nd house in the sign of Capricorn, opposite Uranus in the 8th house.  A stock market crash began in December 1961. A flash crash happened in 1962. Saturn & Jupiter conjunct every 20 years great changes follow, they will conjunct in the sign of Aquarius, in the USA 2nd h. Uranus rules Aquarius & Saturn is the co-ruler.

The other conjunction I want to mention happened in May 2000 followed by the Dot Com bubble which happened in September 2000, which in turn crashed the stock market which was coupled with an over-evaluation of stocks. Jupiter & Saturn at that time were in the USA 5th house & Uranus in the USA 2nd house. Also, Mercury was retrograde at that time during the election between Bush & Gore, turning direct later in the day. Gore was thought to be the next president for 37 days.

This time around Saturn & Jupiter are conjunct in the USA 2nd house & Uranus in the USA 5th house. They reversed!

The 2nd house in Mundane astrology is the house of how the USA makes its money. The 5th house in the USA chart is the house of speculation, risk-taking, theatres, children, education, places of fun, schools, entertainment.

This is what I’m seeing taking place

There will be justice for the people related to what has been developing with the elections, (Jupiter) I see the scandals coming to light. With the power of the SE & Mars in the USA 4th h, (this couples with Pres Trump charts) this will give power & success to Pres Trump & government. We will have beneficial reform. Trump will be the president-elect in 2020, the higher court (Supreme court) will hand down BEFORE this SE perfect, a decision that will bring forth to light the shenanigans the Democrats (high up Democrats, although many on the ground Democrats will be brought to light as well) have been hiding deep into the belly of the earth. Justice will prevail. The SE in Sagittarius demands it & has firepower like no other coupled with Mars. President Trump will be President for 4 more years!

Jupiter & Saturn conjunct is known as the great conjunction. These two planets have conjunct has received the most attention in the past & will continue going forward. They conjunct every 20 years.

Saturn in the sign of Aquarius 2nd h. will square Uranus in the sign of Taurus 5th h, on February 16th, 2021. Great changes are coming related to money, the internet, I’m seeing the big power players related to the internet (Think Google) at a disadvantage, something new is coming in. As well as with the Stock market, how we use money, something new is coming.

More related to this soon.

I do want to take this time to offer an apology related to my newsletter coming in a bit late. Life happened & things on my end needed attention. 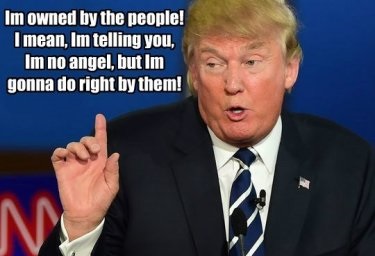 I also want to say I am an Independent 1st & foremost. I only write what the planets in play are showing me. It may seem I favor Pres, Trump…. I will say at this point moving forward that is true. I while writing my blogs in the past did not, I was truly reading the planets in play & not favoring one over the other, it was what the planets were stating & still are stating to this day…… I’d ask all who are on the Biden train to educate themselves on what the Democratic party stands for at this time, look at what they have done to you, to all of us…. once you do you will understand why I fully admit from this point forward I stand for President Trump.