Depression and How it Relates To Each Sun Sign-How to Navigate Through it! 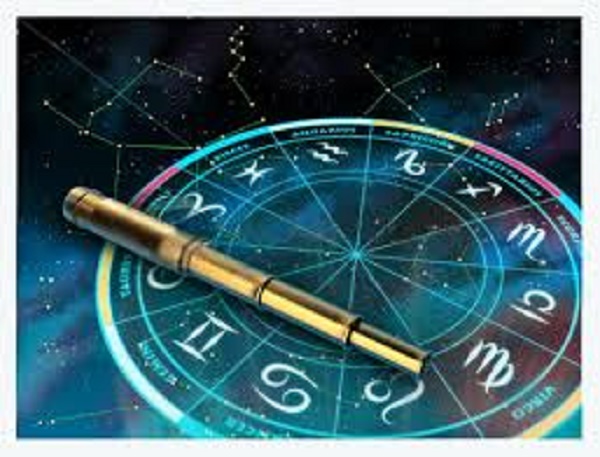 Depression and How it Relates To Each Sun Sign-How to Navigate Through it!

For many, if not most of us, we may find times in our lives when we are faced with difficult situations and tough moments. When these happen, we may fall into depression of various degrees, which is not uncommon for anyone who is dealing with stress.

How we deal with this stress and depression however can varying widely depending on our sun sign. We can also learn how to manage depression more effectively if we know the traits that our sun sign exhibits at these times.

Let’s look at how each sun signs deals with depression…

Fiery Aries, when faced with depression often becomes more aggressive. This is a smokescreen to cover up for the fact that they feel vulnerable and to pretend that they are not sensitive souls. They are not easy to deal with at this time, although conversely they may try to reach out to others. Due to the fact that they are in such an aggressive state however, they can be rejected by those they are close to which just exacerbates the cycle. The key here for Aries is that they need to learn to share their problems calmly with others and not be afraid of intimacy. There is no shame with being sensitive, vulnerable, or sad, and they need to demonstrate this if they want to be better understood.

Taurus has the habit of taking depression and making it all about someone else. Strangely, they can even gravitate towards others who may or may not have depression as well, and do their best to take care of them when they should really be taking care of themselves first. This is a difficult strategy as it means that they can exhaust themselves by taking care of others and this makes their own depression worse. When they become depressed, this can often manifest itself physically, and they will take to their beds and claim that they have a series of illnesses as their depression literally comes to the surface.

People around a Gemini may not even realize that they are depressed at all. Gemini try to pretend that nothing is wrong when they are experiencing depression and will go out and party as usual in an attempt to feel better. They tend to want to be around people when they are feeling down but this means that they can avoid working through their problems. Instead, they continue to socialize hoping that this will make them feel better, and they hide their problems deep within and refuse to deal with them. Of course these then resurface at a later date. Gemini needs to learn to acknowledge feelings and resolve these fully before they can move on.

Cancer is a sign that is already emotional and easily wounded. This also means however that they deal with depression better than many other signs as they know how to acknowledge how they are feeling. They allow themselves to feel down and then look at ways to resolve it. The only warning sign here is if they allow themselves to wallow in their feelings and become indulgent, but this is easily resolved if they have a good support network around them as many family orientated people born in the sign of Cancer tend to do.

When a Leo is depressed they will often be at their most gregarious and outwardly happy. They will rally people around them and pretend that everything is fine, or they will go the other way and let everyone know just how awful they are feeling. This can tend to lead to outbursts of negative behavior because they don’t know quite how to talk to others about their feelings. The key for them when working through depression is to take a creative approach to this and to allow themselves to feel sad without looking for a rational explanation for everything.

Virgo is one sign that doesn’t believe in the concept of depression, or they just think that it doesn’t apply to them. They want everything to be rational and in order, and depression can mess with this, so as such they try to discount it completely. As a result, they tend to be one of the signs that is most prone to depression, probably because they suppress it so much! They also put huge amounts of pressure on themselves to be perfect and as such the weight of their expectations can be crushing. They don’t want anyone to know they are feeling down or overwhelmed, and their depression can manifest in compulsive behavior like cleaning or organizing. They need to open up and share their problems with others. It is important that they ask for help and are not afraid to appear vulnerable.

Libra is very sociable and this is no less the case when they are depressed. When feeling down, Libra will gravitate towards others and will want to socialize as much as possible. They may even try and plan a trip around this time or do something different to pull them out of their comfort zone. If these things don’t help with their depression however it can have a tendency to drag on as they fail to find ways to effectively deal with it. Therapy can be a good option for Libra as they do well by talking things through with others.

Scorpio has a reputation for being prone to depression as well as a negative tendency to be self-destructive. They tend to wallow in negative behaviors and they hold on to hurt more than many other signs. This means that depression can last for a long time with Scorpio unless they work through it and choose something productive like therapy. They will need to dig deep to recover but it is possible if they do the work. As Scorpio can have a tendency towards the negative, they really need to try and surround themselves with positivity and positive people.

Sagittarius is a natural optimist to the point of being hopelessly idealistic. This means that they are often upbeat and look at the world as having the glass half full. This does however mean that they don’t want to confront negative issues when they arise and this can mean that it is difficult for them to shake off depression, insisting instead on just smiling through it. They need to learn to change their perspective on this issue and to realize that there is nothing wrong with feeling down occasionally. They do not need to keep up the pretense of cheerfulness at all times.

Capricorn is another sign of the zodiac that is more prone to depression than others. Unfortunately they do not deal with it well and will often hide away from others during this time, pretending that everything is fine. They need a lot of help when they are depressed, as they are unable or unwilling to help themselves. Capricorn also tends to want to shoulder all burdens by themselves, but they need to realize that there is help available to them if they want it.

Aquarius is intelligent and rational, and they expect everything in their life to go the same way. As such they see depression as an inconvenience and try to treat it casually in the hope that it will just go away. They get snappy and irritable when they are depressed and those closest to them will bear the brunt of this negative behavior. Aquarius needs to learn how to manage their emotions and acknowledge the emotional world around them in others as well as themselves. Their challenge is to understand that depression can lead them to a more positive state of mind and that this is not something that they need to ignore or bury deep inside.

Pisces are one of the most likely signs to suffer from depression due to the deep waters within their minds. When things become negative however, this sea of feelings can actually make them feel as if they are drowning. Pisces tend to feel things more than other signs, so their environments and the people they surround themselves with will have a strong influence on them. When they get depressed, this can something become so dramatic that they feel like they are losing their minds and can’t cope. They need to realize that the entire world is not against them when they become depressed and they also need to stop themselves from feeling negative influences so strongly.

Sign-up For My FREE News-Letter & Instantly Receive A Free eBook: Packed Full Of Vital Information!!
Plus, become a part of my community & Keep-up on all the latest blogs, as well as FREE give-a-ways!