The other “The United States and the Pluto Return: wrote July 10th, 2018 “The Destruction and Creation Caused by Pluto and Saturn Conjunctions”

All that I wrote has come into play, it may be ideal to revisit both blogs, as again it’s only going to get more chaotic as we move forward!

Some of what was written related to the Pluto, Jupiter conjunct ~~~~~~~~

people throughout the US and UK are encouraged to grow any vegetables they can in gardens to help ease the food shortages. 1943 ~Due to shortages, America sees its first rationing.  1944 (we will again have terrible issues with crops so prepare)

I look for the conjunct to come into play more so on May 5th, 2020, going into the June 21st, Angular Solar E. (Stock Market declining, epidemic turning to a pandemic, weather, etc….) Leading up to the June 21st, 2020/December 14th, 2020, Solar Eclipse, (Escalating in January/February 2021) causing a crash in stock market (Jan/Feb 2021 for stock market crash NOTE: They pump FALSE money into the stock market, if not for that I’d have been right on the mark!) epidemic turning into a pandemic, (more strongly so then what I stated in March 2020, Highlights) I do see another epidemic coming into play also, + the Coronavirus. Recession/depression, there will be chaos & deaths among common people, trade will be affected, weather will get more violent more so than we’ve seen in our lifetime –  worse due to the planet line up, not because of global warming which is a money grab by TPTB. The June 21st, Solar E, Angular will be square the 10th h cusp, & the IC, quincunx Saturn in the 2nd h, things will get more dramatic, more on that as time draws closer.

It does get more chaotic before it gets better for us. But it will get so much better, what’s happening now is supposed to happen at this time, just be ready.. we are living in the most opportune times bringing in changes that will benefit us the people, be thrilled about this it’s our turn to prosper without getting penalized for it. TPTB is dissolving,  (fighting all the way…but soon dissolving) which in turn gives the power back to the people. Until then we have so much more coming at us, be vigilant, be prepared, understand all of us are going thru turbulent times, but in the end, we will win together ending TPTB powers over us, it’s going to be again super chaotic until then, but also note, we will accomplish some great things as well. But, things we’ve only read about looking back in history are coming up again for review, a do-over if you will!  Prepare the best you are able & relax each of us will find our way thru, use your mind to create your reality! Trust me It works!

Again, we are hearing to grow your own food, shop early due to shortages. It’s not going to get any better so I’d heed the warning! It’s going to get worse, so much worse it’s unbelievable going into 2022! I need to emphasize not everyone will feel the effects, it really does come down to what your birth chart/horoscope is pointing to!!

Before we go into the December 4th, 2021 Solar Eclipse please note the North Node will be slipping into the sign of Taurus on January 18th, 2022. This sign change indicates the economy is slowing down. We are seeing signs of this now.

This eclipse will be unusual as the path of the total eclipse will move from east to west across West Antarctica, while most eclipse paths move from west to east. This reversal is only possible in polar regions. Its path across Antarctica will cross near Berkner Island, traverse an arc over the continent, exit, and pass over Shepard Island. (Source Wikipedia)

You’ll have to travel a long way to Antarctica to see the total phase of this total solar eclipse. Parts of southern Africa, including locations in South Africa and Namibia, will see a partial solar eclipse if the weather permits. (Source~ Time and Date.com)

Path of the Eclipse Shadow

Solar Eclipse on December 4th, 2021, 12° Sagittarius in the USA 1st house, (conjunct the USA ascendant) the people’s house, very important house, it is an angular house! Also, relates to Public health, general conditions of the country, generally the state of home affairs.

Sagittarius is a fire sign, & relates to not only commencing sooner but lasting longer & a stop, go meaning is to be interrupted, stop then start up again. Sag Eclipse in a  fire sign, which points to the destruction of cattle & sheep. Much discontent & dissension among people. Exil or imprisonment or murder of some King or notable person, or great ruler. Also note, there will be movements of army, fighting, fires, fevers, pestilence, & scarcity of the fruits of the earth.

Eclipses in fire signs also point to producing sensational public events, as well as disturbances, disputes, murders & there are times of the danger of war & movements of army. Not leaving out excess of heat, & scarcity of rain, an increase of taxation, & expenditure of money. Do note, January & February 2022, will again be more chaotic than October thru December 2021.

With an Eclipse is in the USA 1st house, (The people’s house) it will bring about changes, national problems that give much anxiety. The biden administration & government will suffer. I’m seeing someone high up may pass. A Solar Eclipse in the 1st house is unfortunate for national health & success. This is also due to Uranus & Saturn square, & Mars & Jupiter square. The biden administration is losing control & thus will once again try & put forth their abuse of power, yet again will fail.

Look for disputes related to churches, religion. Infections diseases which may increase & TPTB will indeed try to shut down city/towns/states, again, but I’m seeing that course of action not going anywhere, but again they will of course try.

December 18th, 2021 Full Moon ~ known as the “Cold Moon” & with Jupiter slipping back into the sign of Pisces & Saturn in the sign of Aquarius you can bet it will be so unbelievably cold!

Venus retrograde on the 19th of December 2021 will hold back her promise, Venus in a cold sign Capricorn, the planet of love & money does not gel too well in a cold, distant sign.

From December 21st, 2021, to January 1st, 2022,  Mars is in orb to roll over the USA ascendant something will transpire that will be remembered by the USA people. The last time I wrote that we had an epidemic, which turned into a pandemic. Look for another epidemic to occur.

Saturn in the USA 2nd house, & Uranus in the USA 5th house, December 24th, 2021, this will be related to the stock market & house of speculation, as well as what I write below.

As we’ve been witnessing to & is ongoing, the square between Saturn & Uranus in the USA/global horoscope points to trouble for the biden administration as well as goverment, do note this is global!! We are seeing & will continue to witness,  Saturn square Uranus brings in trouble to biden adminastration, government (did you know msm has spent trillions to convince the people that the liberals are the majority? They have & will continue to do so…do NOT buy into that, MSM LIES to divide us, united we are stronger always remember that!) as well as the ruling power of any country. We see our National Politics are very disturbed,  great changes being advocated, important reforms attempted or suggested, BUT as is now & was they are NOT successful (as the Media would have you believe they are, get your news from an alternative news source!) Trouble & disasters related to goverment, which may lose, possibly be defeated or have to resign (remember this is global predictions as well as USA, look at what is happening in AUSTRALIA – Pauline Hanson gives PM ultimatum over vaccine mandates. As well as other countries fighting the mandate…msm would have you belive different!

Changes in cabinet may take place (USA & Global Horoscope predictions ~ not only USA) I’m seeing a possible death or resignation of members. Highly dissatisfaction within the parties. Continue to look for Much opposition, delay, & difficulty. REMEMBER the planets I state…. the effects will be felt before the planets perfect. We will also witness the suffering of children, anywhere there is amusement will be affected. Stock market decline. (Would say collapse, but they may pump it up) Risk-taking, speculation will be badly affected. See this:

2,620 Dead Babies in VAERS After COVID Shots – More Fetal Deaths in 11 Months than Past 30 Years Following ALL Vaccines as Scotland Begins Investigation 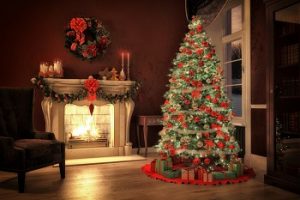 I wish everyone the Marriest of Christmases, remember to use your mind, visualize what you want to happen & feel it! It will come to pass! There is magic in every thought you think! 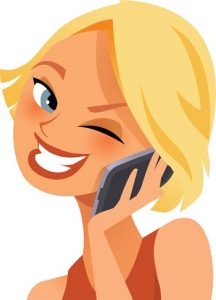